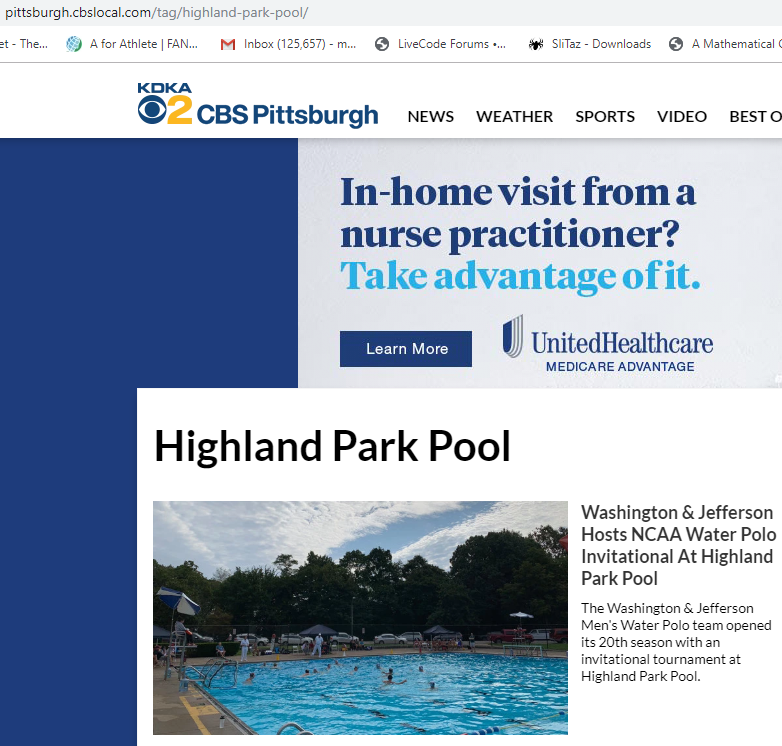 HIGHLAND PARK (KDKA) — The competition on the water was intense this weekend at Highland Park Pool when Pennsylvania colleges descended on Pittsburgh for the W&J Water Polo Invitational.

This season marked the 20th anniversary for the W&J Men’s Water Polo squad and they, unfortunately, opened it with losses to PSU Behrend and Mercyhurst.

When the colleges weren’t battling it out in the pool, the public was allowed to try their hand at water polo.

Citiparks kept the pool open an extra week just for the competition.