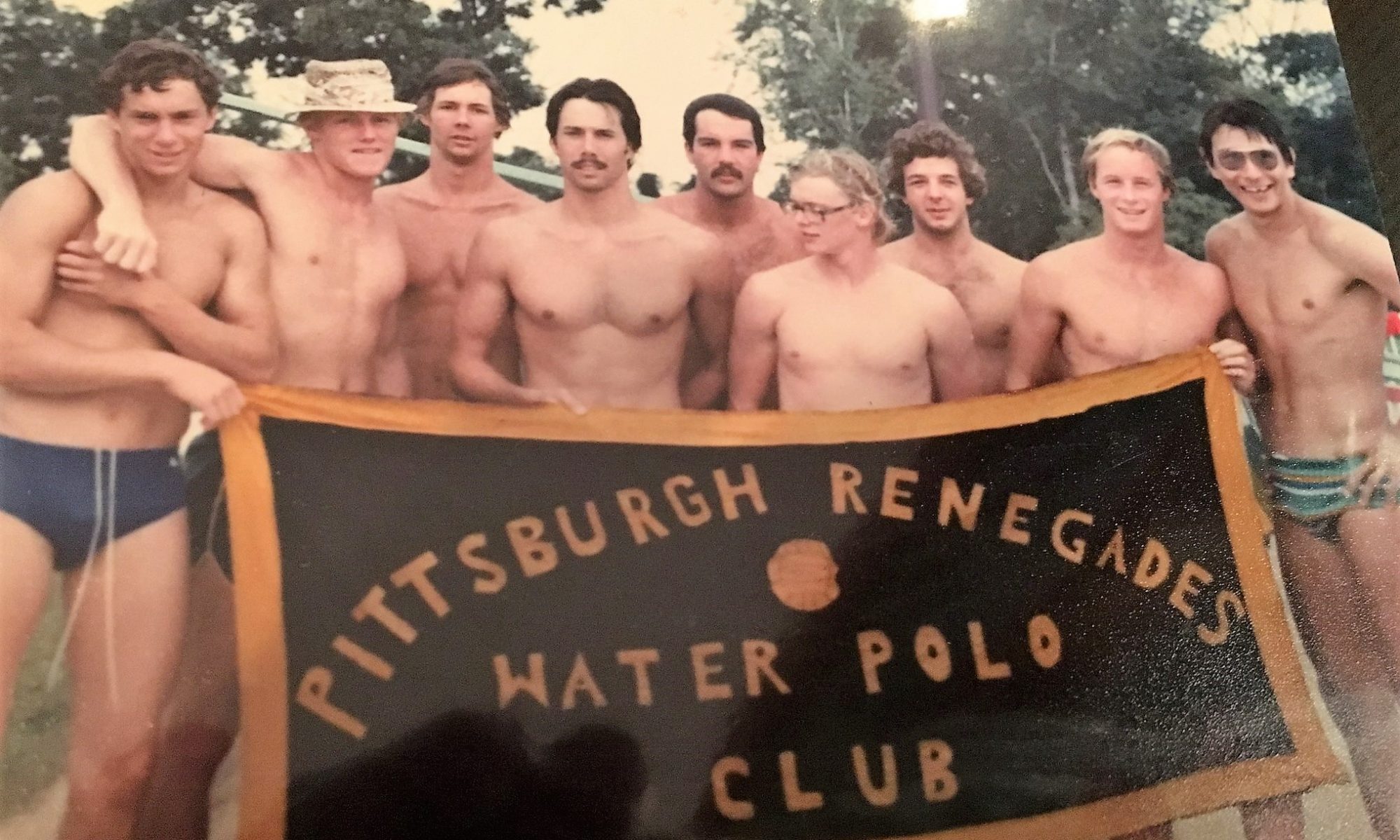 Team History of the Renegades of Pittsburgh

The Pittsburgh Renegades Water Polo Club was established in 1975 by Mike Graff, an Alderdice High School grad, who started playing at Harvard in 1969. Every summer, Mike recruited all the players in the Pittsburgh region who played for their respective universities; Pitt, Bucknell, Harvard, Brown, Slippery Rock, Michigan, IUP,  etc. Mike also coached a few local high schools that had teams at the time, Shadyside Academy, Fox Chapel and Chartiers Valley, and recruited a few of those players to play for the Renegades.

The Renegades played in a summer league with teams from Chicago, New York, St. Louis, Toronto, Washington DC, Philadelphia, etc. The team typically worked out Monday through Thursday evenings from 8-10 pm at North Park, Pitt, Chartiers Valley, Settlers Cabin or Slippery Rock, depending on the summer, where they could get pool time and who was willing to coach. Graff coached in the early years and then Slippery Rock’s legendary coach, Doc Hunkler, coached for several years.

In the fall, winter and spring, a handful of the high school and recent college grads, would team up with the players from Philadelphia and play in several “open” tournaments.

During the summer, the team would travel most every weekend and typically play 5-7 games, with the final game being played early Sunday afternoon. Then the players would jump in their cars or vans and make the long trek home, only to return to their Monday morning jobs, (steel workers, bricklayers, lifeguards, etc), and then back to practice on Monday night. The players were very committed to the team and to the sport, were extremely competitive, typically winning most of their games. All this time, travel and “history” together created unusually strong personal bonds that remain to this day.

Several of those original Renegade players and coaches went on to play and coach for many regional and national teams, won several college Eastern Championships, competed in many NCAA National Championships and five have been inducted into the College Water Polo Association Hall of Fame. Many are still involved with coaching, refereeing and/or playing at the Master’s levels.

In particular, Doc Hunkler, one of the “founding fathers” of East Coast water polo, is one of the most decorated coaches, for men and women’s teams, in the history of the sport. He was inducted into the US Water Polo Hall of Fame in 2000. Mike Graff has been the Chairman of US Water Polo for over 10 years, overseeing a tremendous amount of growth of the sport nationwide. During his tenure, the Women’s National team has won multiple World Championships and Olympic Gold Medals, while the men won a silver medal in Beijing in 2008.

Leave a comment below and then webmasters will blend it into our collected history. 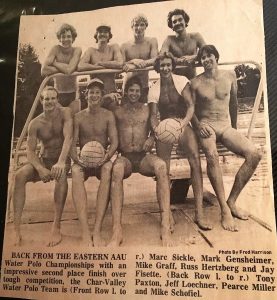 The squads at NA / Tigers hosted a game day on Saturday, June 23. 2018, with Pgh Masters / Renegades. This was at NASHS (indoors).

Let’s do two games with one being the VARSITY game and the other being more for the women and girls, and not for our dominating players.

Renegades and Tiger Water Polo worked together to host a spring tournament in Pittsburgh at the Chartiers Valley High School pool in 2018.